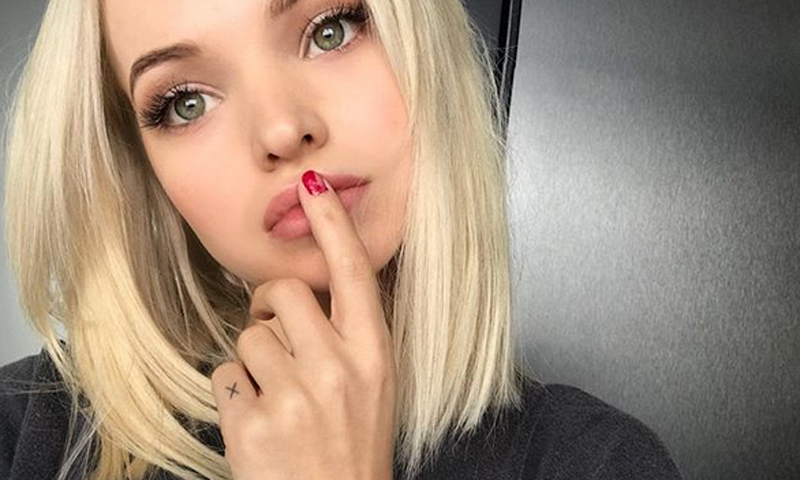 There are tons of great color contacts in the market. But Halloween isn’t the only time of the year where you can play around with your look. Nowadays, celebs aren’t afraid to rock contact lenses to spice things up a bit. They know that contacts are seriously the trendiest accessory of the moment and a great way to change your entire look in a matter of seconds. You just pop them in, and voila! You’ve got a whole new face! But can you tell which celebs wear contacts and which ones don’t?

Paris Hilton is the only one who can out–Paris Hilton herself. The girl is literally the queen of the 2000s. But that doesn’t mean the icon is long gone and forgotten. She’s still slaying her Instagram account, posting “boujee” throwback pics and promoting herself like a boss. Paris is an open book, but did you know she has never come clean to wearing blue contacts? If you do a quick Google search, you’ll notice her eyes were brown before the 2000s. Wow!

Ugh, Bella Hadid is so gorgeous, she kind of looks like she’s made out of plastic. But that’s kind of ironic given the countless times she’s been accused of surgically altering her face. We don’t know if Bella thinks we’re dumb, but she’s still denying getting any touch ups. And yet somehow, her face went from “blah” to “OMG” in literally no time. While she may have gotten fillers, implants, and even Botox injections, there’s one thing about her face that’s 100% real: her gorgeous aquamarine eyes.

Now, we all know that beauty mogul and self-made, (cough!) millionaire Kylie Jenner likes to play around with her look, A LOT. She’s often photographed wearing colorful wigs, bold makeup looks, and stunning outfits. But every now and then, she likes to kick things up a notch with gray, green, light brown, and blue contacts, because let’s face it. Kylie’s anything but basic.

There’s no denying it. The “Thank U, Next” singer is the whole package! She sings, she’s a philanthropist, and a pretty great actress too. But our girl Ari is also totally badass at makeup. That’s why some people assumed she wears golden-tinted contact lenses. But that’s simply not the case. Ariana’s stunning brown eyes are 100% the real deal. She just knows how to frame them to add some extra pizzazz with some makeup.

Kim Kardashian-West is the queen of everything. She can’t seem to stick to just one look for too long, so every now and then, she pops out sporting a pastel peach wig, platinum blond hair, or she chops off her long “Cher” locks. But the KKW beauty mogul likes to change things up a lot. She loves changing her eye color with green and light blue contacts that really make her features stand out.

Everything about this girl screams “stunning”. She’s bubbly, wise beyond her years, and all-around adorable. She’s like a human cupcake! And while she does like to dye her hair here and there, she leaves her seemingly yellow-colored eyes alone. Apparently, her eyes turn yellow when the sun hits them. Seriously, is she like a real-life Disney princess or something?

Nicki Minaj has never been the type of gal who’d back away from anything. Ever since breaking into showbiz, we’ve seen her wear some outrageous outfits, candy-colored wigs, and bright makeup looks. Now she’s been toning it down a bit, but if you follow her on Instagram, you’ll notice she still likes to spice things up with bluish-green contact lenses. But even when she’s sporting her natural eye color, she’s still drawing just as much attention.

Well, this one’s no surprise at all. Everything about Megan Fox is ridiculously gorgeous. The girl looks like she was sculpted by angels, and she obviously likes what her momma gave her. Megan hasn’t really changed much ever since her first role in the movie, “Holiday in the sun”. She’s still wearing her natural dark locks and has never used contacts to cover her hauntingly beautiful blue eyes. Yeah, we wouldn’t either!

We all know that Queen Bee, Lil Kim has been playing around with her image a lot, and that includes having several plastic surgery procedures over the years. But hey! You can’t judge a girl for wanting to look her best. And since her face is forever-changing, it comes as no surprise to know that she’s got a pretty extensive collection of color contact lenses that allow her to change her eye color too.

The Aussie actress who appeared in the movies, “Suicide Squad,” and “The Wolf of Wall Street” is a force to be reckoned with. The 27-year-old beauty has been recently nominated for an Oscar for her performance in the movie, “I, Tonya”. The committed actress would do anything for a movie role, even bleaching her hair. But her natural blue eye color? Yeah, she’s keeping those, thank you!