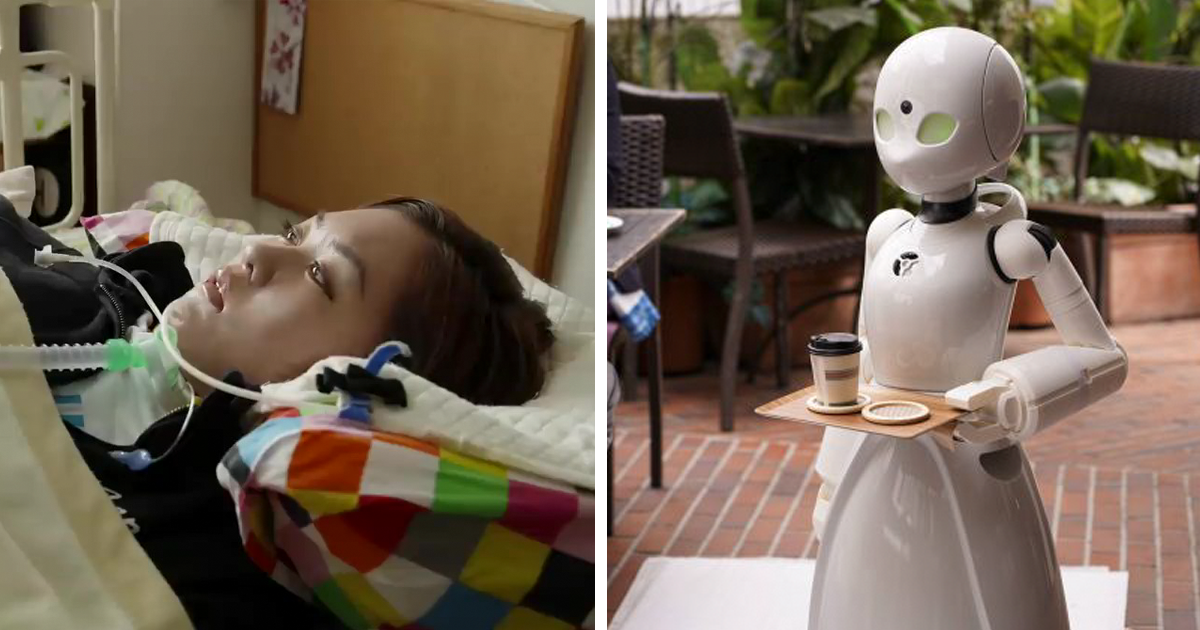 Robots may not be taking over the world, but they are taking over a cafe in Tokyo, Japan. The Dawn Ver Beta cafe is making a big impression by employing a series of humanoid robots that are controlled remotely by disabled people.

When people suffer a horrible disability, gaining independence becomes a top priority. So, the cafe allowed people with severe disabilities to remote control these robots and make them do their bidding.

The cafe had ten employees who suffered from illnesses like amyotrophic lateral sclerosis (ALS) as well as spinal cord injuries. With the help of their android avatars they were able to provide service with a smile.

The disabled employees controlled a series of 4-foot OriHime-D robots straight from home. Now this is the kind of job we could all get on board with! Imagine never having to leave the house or deal with traffic. But most importantly, these robot avatars would allow people who remain unseen and shut in by their own disabilities to work and make themselves visible to others!

We’re not sure if the robots received any tips, but the human employees controlling them did get paid 1,000 yen, which is about $9 per hour. That’s a pretty decent wage, but if these robots get upgraded to accept tips imagine how much money these workers could make!

The bed-bound employees were able to control their robots with the use of a computer, which tracks their eye movements. This allowed them to guide the robots to do every single task they needed to do quickly and efficiently.

The robots move wherever the employees need them to go. They’ll also direct them towards objects they need to pick up. They can even talk to customers too. Just imagine the amazing difference this experience made in these people’s lives.

The CEO Weighs In

Kentaro Yoshifuji, CEO of Ory Lab Inc., hopes that he can give people who are unable to move the ability to work the way everyone else does. After all, being able to work and earn a paycheck is a basic human right.

This connection between humans and robots reminds us a bit of the plot from the Bruce Willis film “Surrogates,” where humans used their consciousness to do whatever they needed through a robot host.

Hope For The Future

The cafe was just a beta test that only lasted two weeks. But the creators behind the concept are hoping to raise enough money to open the cafe permanently by the year 2020. What will the Japanese think of next?