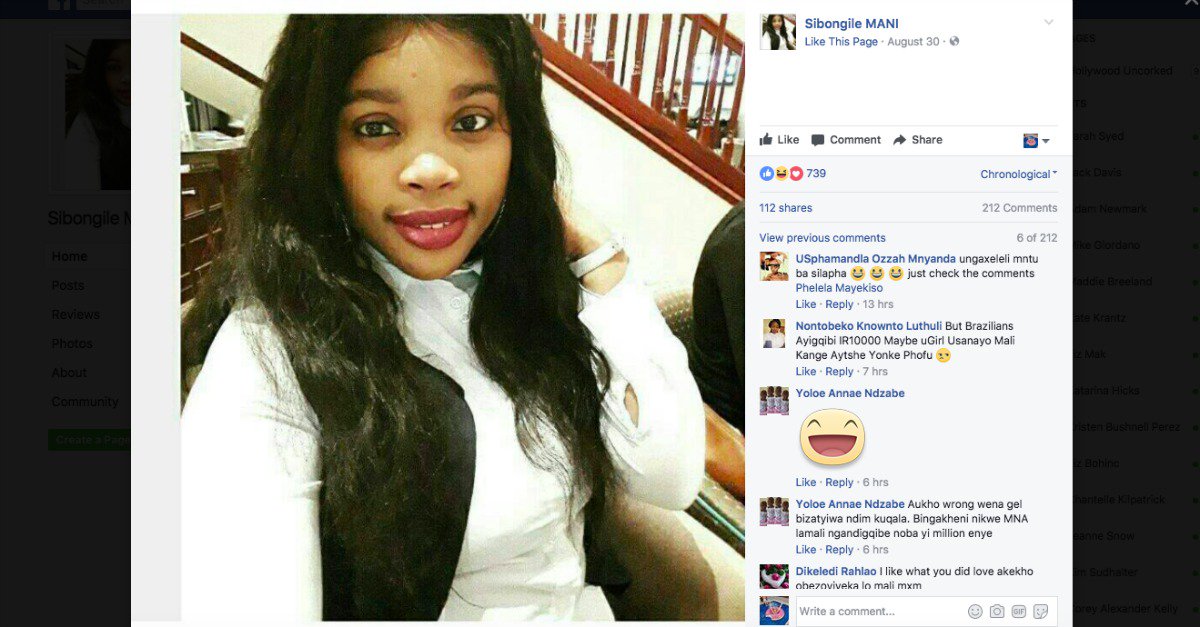 What do you feel about winning a million dollars?
What would you do with it? Go on for a world trip? Buy a luxurious house? Build a big pool in the backyard or invest it? We all have such plans but for an student who mistakenly received a million dollars, the answer was extravagant.
For Sibongile Mani, the answer was going on a shopping spree.
Sibongile Mani, a female accountancy student at the Walter Sisulu University in the Eastern Cape province in South Africa, lucked out, with all that money being deposited into her account accidentally. Intellimali, a company responsible for administering student funds, made a huge clerical error that turned her from a starving student on a shoe-string budget to a high roller in just one day.
Most cases that involve money work pretty well. This one was an exception.

Most students take student loans to have some money in their account.

Mani, on the other hand, had a clear clerical mistake that did wonders.
That is what happened to Sibongile Mani. She technically won a lottery!

She was meant to receive $100 for her books and college supplies. But a clerical error transferred a big amount of 1 million dollars to her account.
She was shocked to see $1,000,000.00 and had no idea what to do about it.
Yes, she received all that money. WOAH!

And while she called to check if it was a mistake. She was told that she has been given the right amount. Well, it obviously was not.
Still, she spent it all, all that money shopping for two months.

This may not be the most responsible thing to do but, OK! At least she kept going to her classes.
[nextpage]
Other students suddenly noticed that her spending habits have changed.

It is always a strange thing to see your classmates or friend go from sleeping on a single pile bed to a bed full of money.

The school was alerted about the mistake by a fellow student.

Who most probably is a guy she forgot to invite to her party.
The University triggered an investigation on the staff of accounts.

But we all make mistakes, don’t we? However, not all of them make National News.
By the time the school got a hold of her, she had already spent $60,000.

Which in itself is a wildly large amount of money.
[nextpage]
Media outlets soon started causing a huge media uproar.

People even accused her of stealing money from needy students. But you know that happens when you get famous.
She soon posted a status on her Facebook timeline.
“This NSFAS saga has me fearing for my life

?. I regret utilizing these funds. But I will never hurt my self.”
Well, media attention was something that she grew most scared of.

But the University responded quite responsibly. For others, yes. For her, NO.
The school asked her to pay all the money back.

Hopefully, she kept all her receipts.
Some people just end up with a lot more than just memories from college.