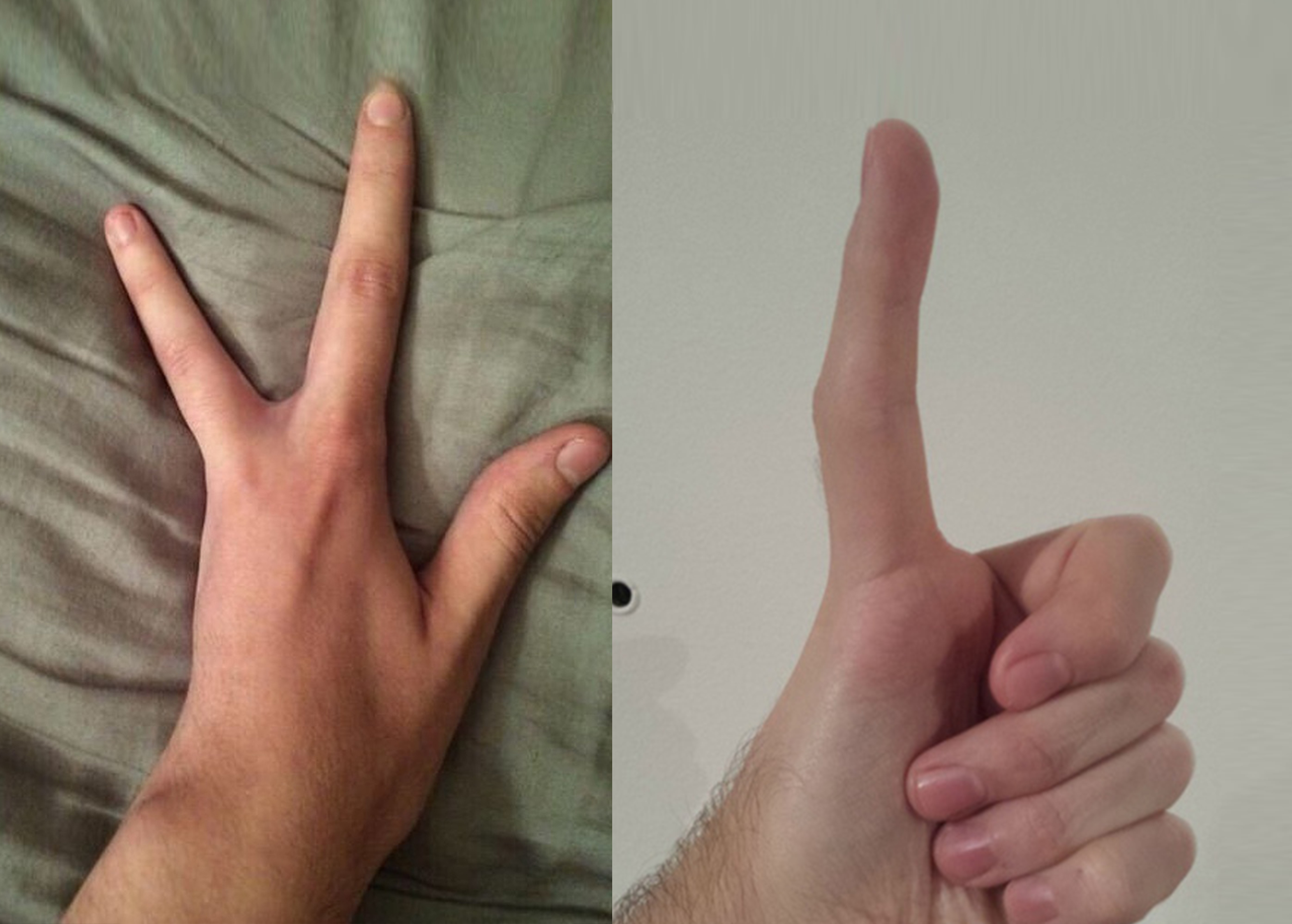 We absolutely welcome our unique traits. It’s what makes us different from our next door neighbor. But humans can differ greatly from one another. Some of us were born with an extra limb, thumb, moles, or an abnormal bone. Luckily, folks from all over the world have been sharing their stories about the strangest body parts they were born with, but they’re not ashamed of being a teeny bit different. They absolutely embrace their bodies and how much these abnormal body parts make them stand out from everybody else.

People who experience this condition could wind up with abnormally developed bones in their hands and feet, and it may also affect their heart. But Holt-Oram syndrome is quite rare. It only affects 1 in 100,000 individuals, so to say that this person is truly one of a kind is a major understatement.

Believe It Or Not, People Can Have Multiple Pupils

There’s a condition known as polycoria that is so rare, many doctors believe it’s a myth. Some even claim there are only a few reported and photographed cases of true polycoria. But how can doctors determine if this condition is real?

In order for ophthalmologists to correctly diagnose a patient with this condition, both pupils must react to stimulates and should contract and dilate at the same time. Well, they do say reality is stranger than fiction!

This congenital malformation can leave a person with three phalanges instead of two, with the extra bone greatly varying in size. Clearly this guy should really look into having a career in bowling. He’d totally annihilate the competition!

Heterochromia Is Of The Most Stunning Abnormalities We’ve Ever Seen

Heterochromia is a condition that stands for “different (hetero) colors (chromia)” and it usually affects the color of a person’s body parts, (like their hair). But this condition typically manifests itself on a person’s irises, leaving them with duo color eyes that are to die for.

Heterochromia isn’t typically found in humans, but it’s pretty common in cats or dogs.The condition is so rare, that only 6 people out of a 1,000 may have it! But can you develop Heterochromia or is it something you’re born with?

Apparently, It Could Happen To Anyone

Well, sometimes it’s simply congenital and caused by a mutation that leaves people with different eye colors. This condition is determined by the production and concentration of melanin, (the pigment that determines your eye color). But other times, people can develop it later in life as a result of trauma, injury, or surgery. Diabetes, eye tumors, or glaucoma can also derive in this beautiful duo color mutation that so many people find irresistible.

Evita Delmundo Is What Some Would Call A Rare Beauty

The stunning influencer is a hopeful Miss Universe Malaysia contestant who’s all about self love and body positivity. She boasts an impressive social media following, with more than 100,000 people who love and support the social media icon. But Evita didn’t always have it so easy.

Even though she’s all about loving herself now, she once considered removing her moles, (which cover her body from head to toe!) as she experienced heavy bullying at school. She said, “In primary school, no one wanted to be friends with me,” which undoubtedly broke Evita’s heart. But now she wouldn’t change a single thing about herself and her confidence is truly contagious. “I really learned how to love myself and communicate with others,” she added.

Some Folks Are Born With A Scar On Their Eyes

This stunning pupil scar is just a scar, sure. But this anomaly is so breathtaking, it feels like you’re staring into an oil painting or a 3D render. Thankfully, this pupil scar doesn’t affect this person’s vision whatsoever. His pupils are just different sizes. Phew!

Apparently, Some People’s Big Toes Are Not That Big

We may have learned a lot about the human body thanks to medicine, science, and biology studies. But judging from this person’s toes, schools obviously skipped a few lessons about human malformations in anatomy class.

Some People’s Toes Are Fused Together

There’s a strange condition called Syndactyly which causes people’s toes or fingers to get fused or webbed together. While it doesn’t deter anyone from functioning normally in life, it is still a pretty rare condition as it occurs in about 1 in 2,000 folks approximately. This person is truly one of a kind, huh?