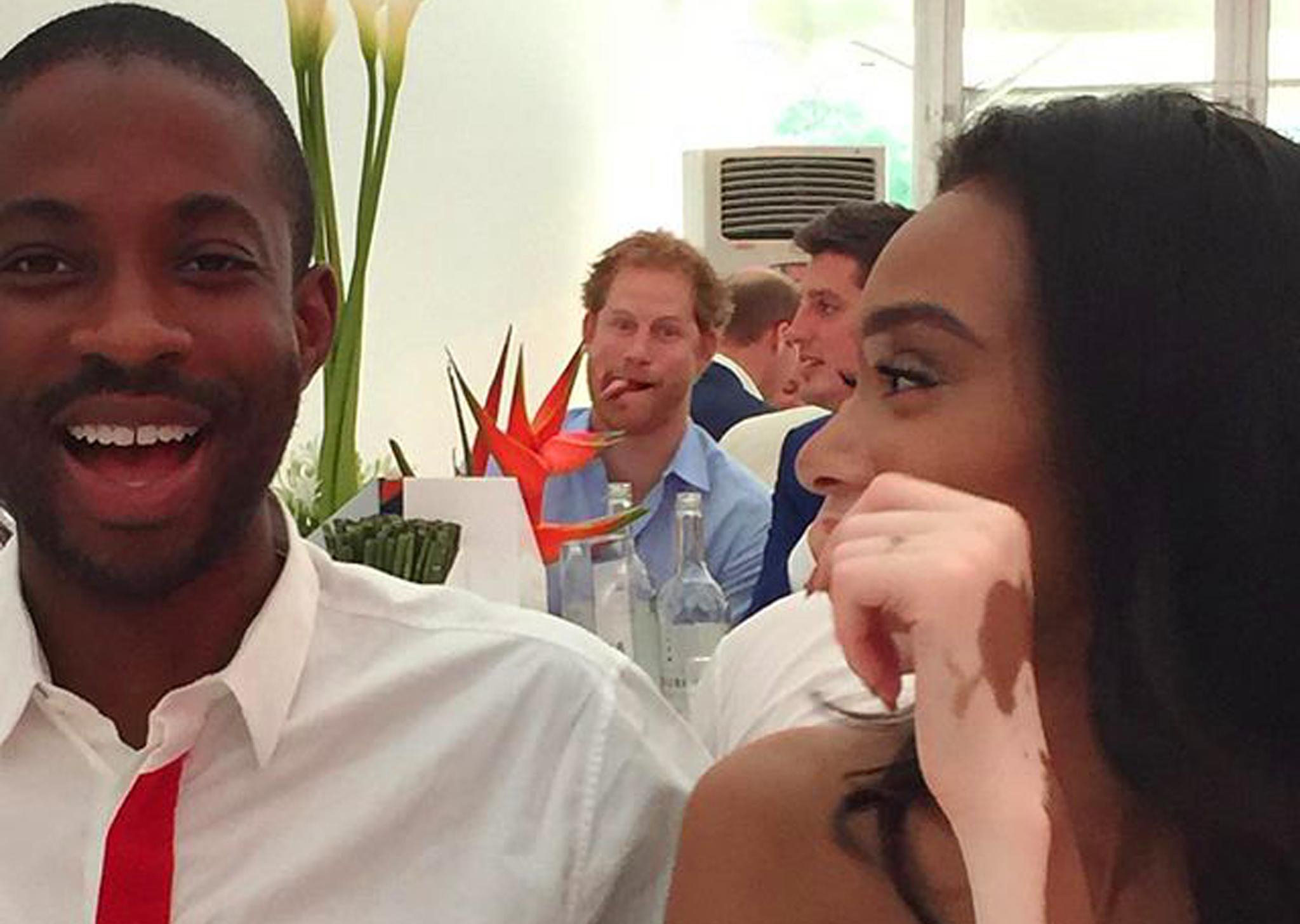 The only thing funnier than a celebrity wardrobe malfunction is when a star decides to make a guest appearance in some random stranger’s photo. Now, you’d expect celebs to be above those shenanigans, but these stars haven proven they’re only human…and boy do they love to have fun!

“America’s Next Top Model” contestant Winnie Harlow was hoping to capture an adorable moment at the dinner table. Then again, she never expected Prince Harry to be a royal goofball and clown around in the background.

“Scrubs” star Zach Braff totally ruined the perfect shot of this newlywed couple. But then again, how can you call it photobombing when you basically take up an entire crosswalk for a photo? Sounds to us like the couple photobombed Zach Braff, and not the other way around.

Creepiness is not a new concept for Michael Cera, who played a character that’s in love with his cousin on “Arrested Development.” But he’s totally giving us the heebie jeebies with that Mr. Burns from “The Simpsons” face.

This poor woman! She’ll never know how close she got to her idol, Slash. She’s probably looking over this bridge, hoping to catch a glimpse of the musician. But he’s actually right behind her. We’re assuming she was so surprised when she realized he photobombed her.

Dave, Is That You?

This couple went to a brewery for their engagement photo. But they expected to be surrounded by barrels of wine. Instead they got more than they bargained for when stand-up comedian Dave Chappelle dropped by uninvited to photobomb their shoot. Needless to say, they got quite a unique engagement shot!

Bro Date Plus One

When you go on a bro date to a Sox game, and you wind up getting photobombed by actor John Krasinski himself.  Now they’ll always remember the day that “Jim” from “The Office” got in their photo.

This lady was taking a photo outside when some random guy walked up behind her and photobombed her shot. Of course, she didn’t know that the guy was actually musician Steven Tyler. Boy, was she peeved when she realized how close she got to this celeb and didn’t say hi.

This guy wanted to take a photo next to a plaque to prove to everyone on social media he had visited the Microsoft building. If only he had turned around, he would have realized that Bill Gates himself had just photobombed him. Wow!

Cry Me A River

These three will definitely be crying a river when they realize they got photobombed by none other than Justin Timberlake. But that’s what you get when you’re not paying attention to the music God on stage, cause you’re too busy taking a selfie.

We’re guessing there’s nothing in the Royal Protocols that ban photobombing. It turns out, the Queen, in all her greatness, has the sense of humor of a youngster, like when she photobombed these two lovely ladies.