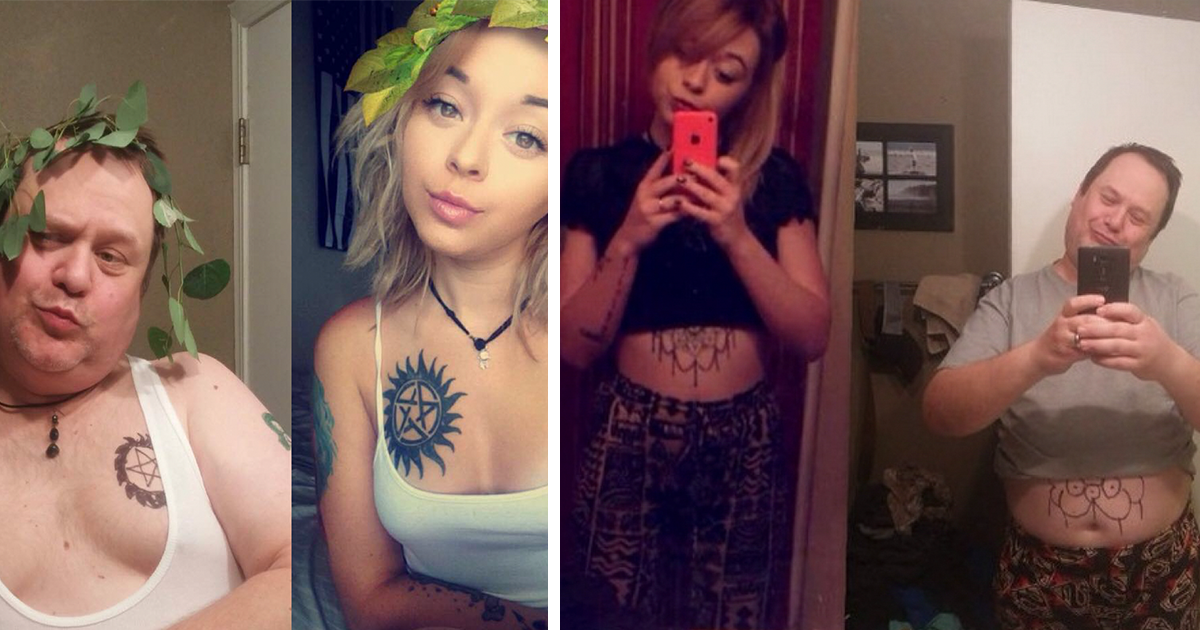 This dad is going viral after re-creating these hilarious pictures of her daughter. He is been featured on many lists and on many of the social media pages and has gone viral and gained over 135k followers on instagram. He is not like all those other dad’s who are wearing t-shirts threatening to stay away from my daughter, or embarrassing his daughter in front of her friends. But he found this unique and different idea and its the most hilarious so far! Chris Martin (The Dad) says “So my daughter has been posting sexy selfies of herself and instead of telling her to stop, well, I thought of something better”
Take a look below at these hilarious pictures and don’t forget to share with you friends and family.

It looks like those big eyebrows run in the family…

He made this tattoo design like her daughter and also a belly piercing and looks amazing.

She takes after her father when it comes to poses.

Well this one is real close enough and i am wondering to my self that who really does it better!

This is the one picture which really got this dad viral all over the social media, and we can see it meant to be viral.

He is really getting better day-by-day while recreating the pictures and all of them are becoming super hilarious one after one.

The best part of his recreations are he is watching out for even the small details like her tattoo, where she putted her hand and stuff.

I wonder if they share the same wardrobe. Or he is buying new cloths to match for the pictures!

Kindly remove your hand from your noses, please.

He is really hilarious and he is winning all the dad awards as per me!

This one really had me laughing as this was not i was expecting he would recreate but he did it amazingly!

Let’s be honest, this recreation idea is so funny. But while we agree that it’s funny, we dread to think what it’d be like if our family started doing the same.

You can find this hilarious dad on instagram @therealburrmartin