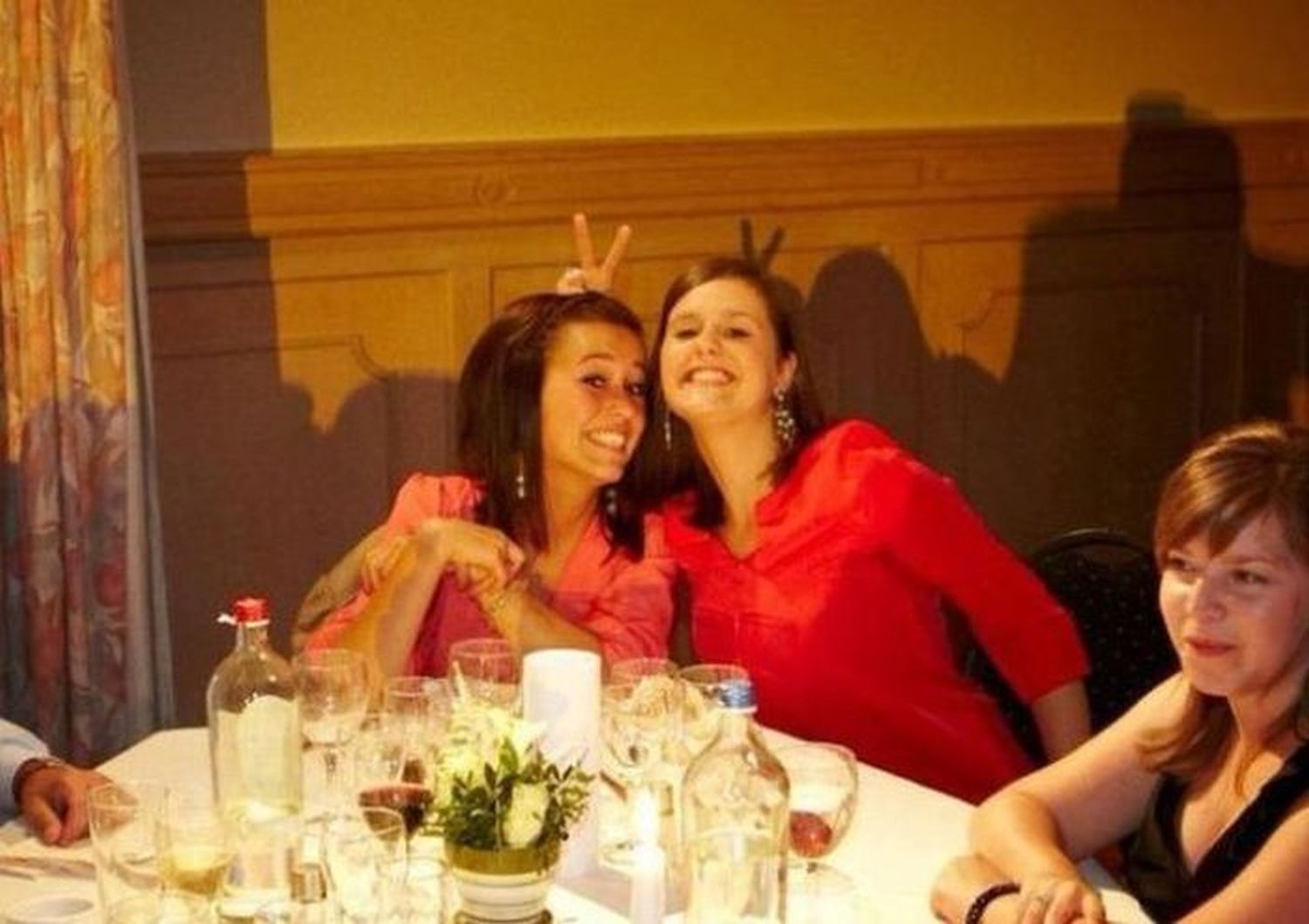 What goes around, comes around, right? These bizarre examples of karma striking back will have you laughing out loud (and secretly racking your brain for the last thing you did wrong, just in case you’re next.)

This poor pony really doesn’t like its owner for some reason. Maybe it’s the braids, maybe it’s fed up of being ridden around on all the time, but whatever it is they need to rein it in. 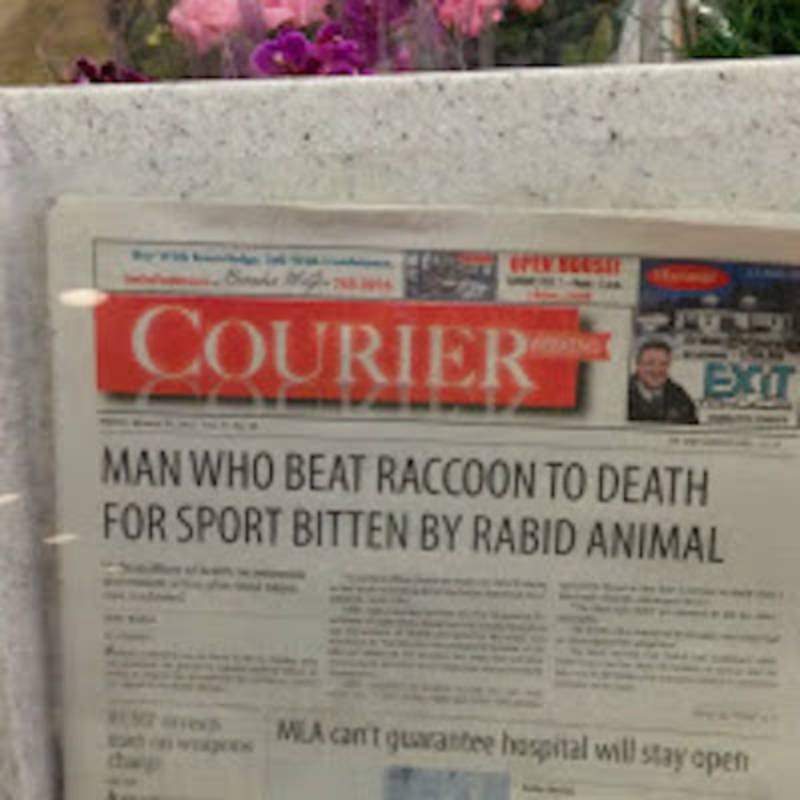 Like a real life episode of Zoo, the animal kingdom got its revenge on this raccoon killer. If this doesn’t tickle your skeptic bone, I don’t know what will.

Karma Comes Back Around 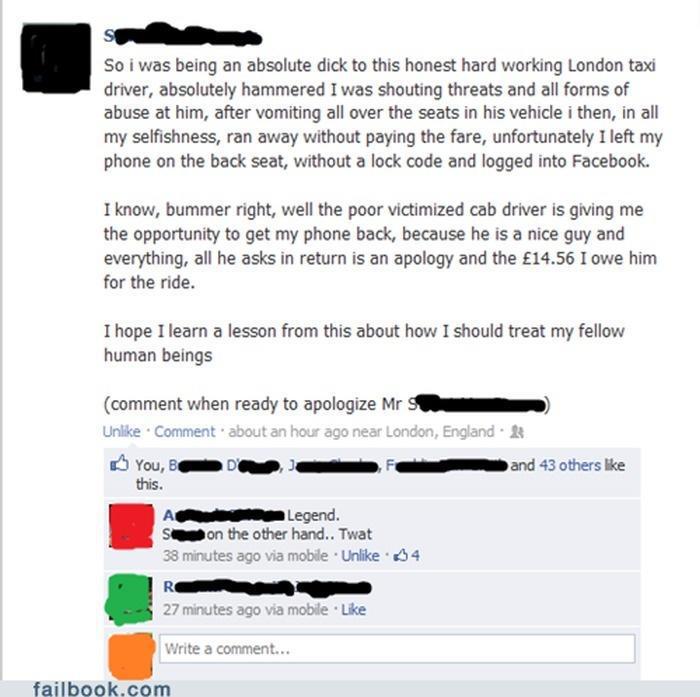 This guy will either learn not to mess with taxi drivers, (or anyone, for that matter) or just learn to check that he hasn’t left his phone behind next time. Tough luck!

He Won’t Be Doing That Again 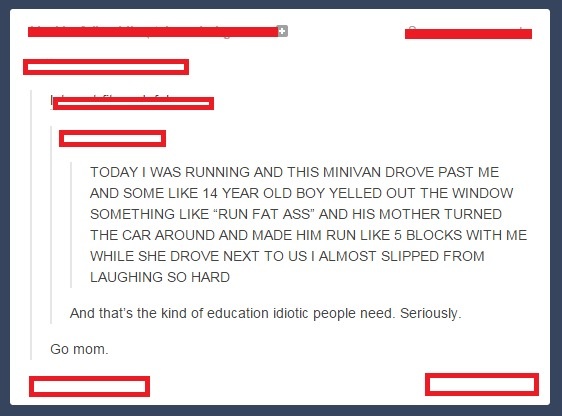 This 14 year old boy seriously underestimated his mom’s creativity. There’s no way he’s going to be shouting insults out of the car window ever again!
[nextpage]

A Thank You Gift 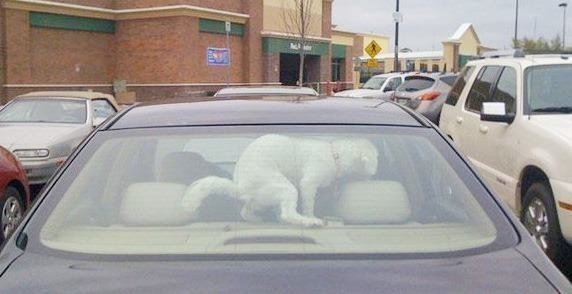 Here’s a thank you note from this poor dog who got locked in the car, without any fresh air while his human mamma went shopping. It’s easy to see who’s wearing the (furry) pants! 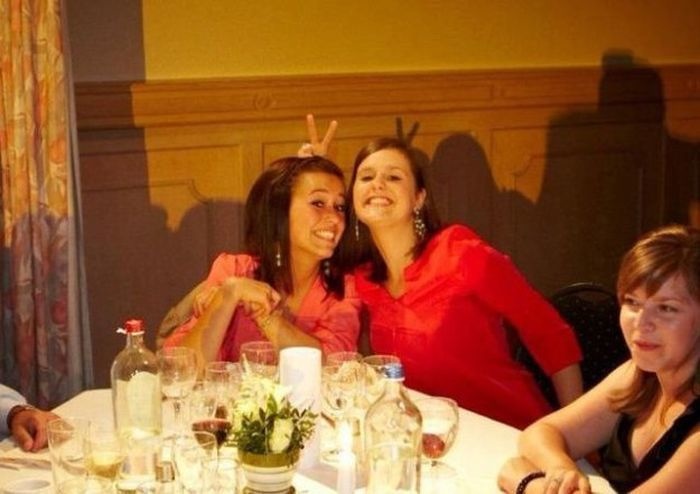 The best bit is that she doesn’t even realize what’s happening! Well, that’s what happens when you resort to making fun of your besties. Jokes on her! 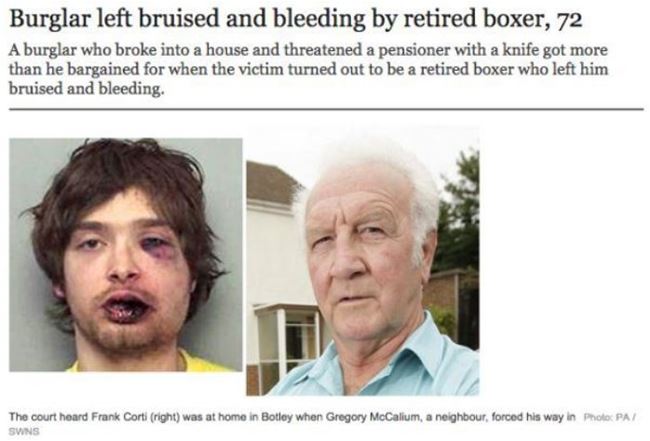 Sometimes life really does dole out justice. Out of all the houses this would-be burglar could’ve broken into, he chose the home of an ex-boxer. Smart. So, so damn smart!

Don’t Let Anything Stand In Your Way 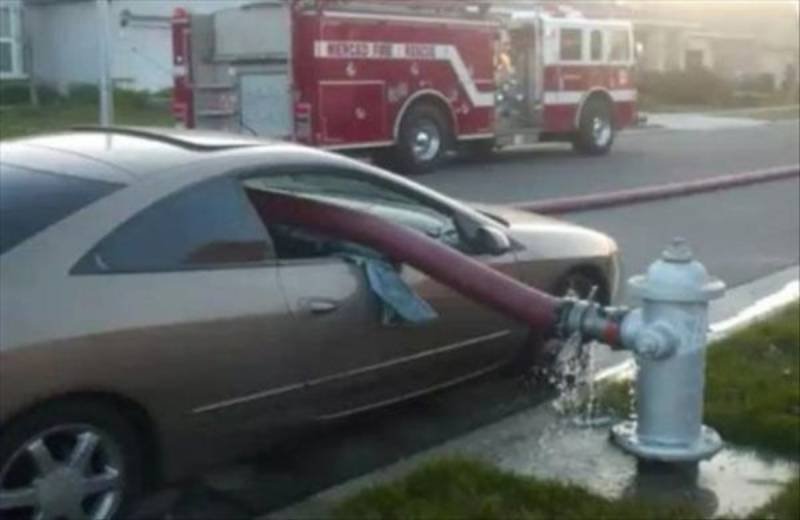 When you’re a firefighter, nothing will stand in your way. Not even a car parked in front of the fire hydrant you need to get to. Just get rid of that insensitive prick’s window, and voila! Instant karma, babe!
[nextpage]

We’re not doing enough to stop the destruction of the world’s forests, so it’s a good thing the trees already have their own plan. 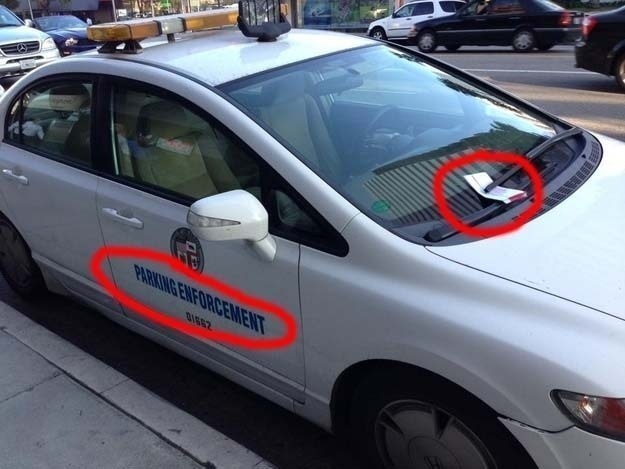 I wonder if this moment ruined their day or if they had to rush back and catch the officer who’s giving them a ticket right in the act and beg them to please let it slide this one time. It’d be nice to watch them beg! 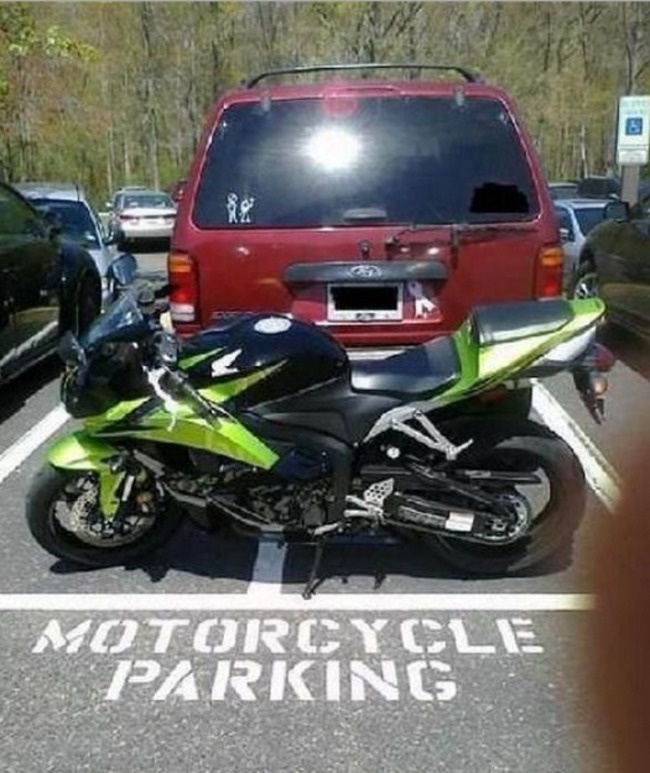 More than an act of karma, this kind of looks like an act of revenge. Pissed off ex lover or insensitive, selfish moron?

He’s Not Pulling A Full Wagon

Literally. It’s just not clever to leave a trail of destruction in your wake when part of it contains all the info to catch you in the act!
[nextpage]

How To Get Your Revenge 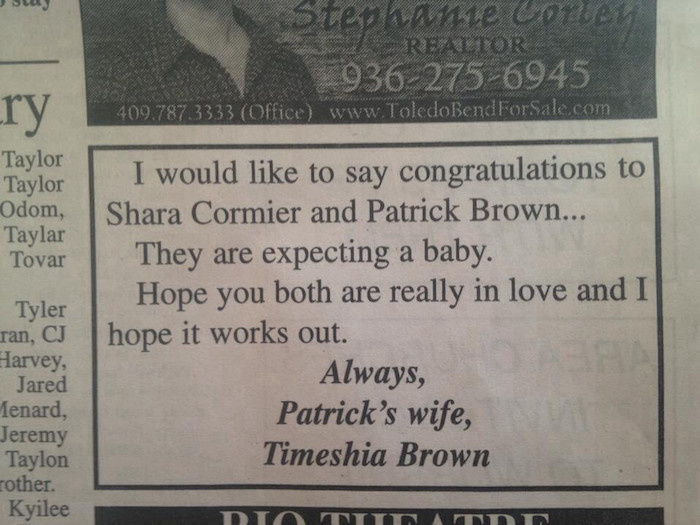 If your husband’s been cheating, and you want the world to know what he’s really like then look no further than the local newspaper. He’s going to be choking on his morning coffee when he reads the misses’ good wishes! 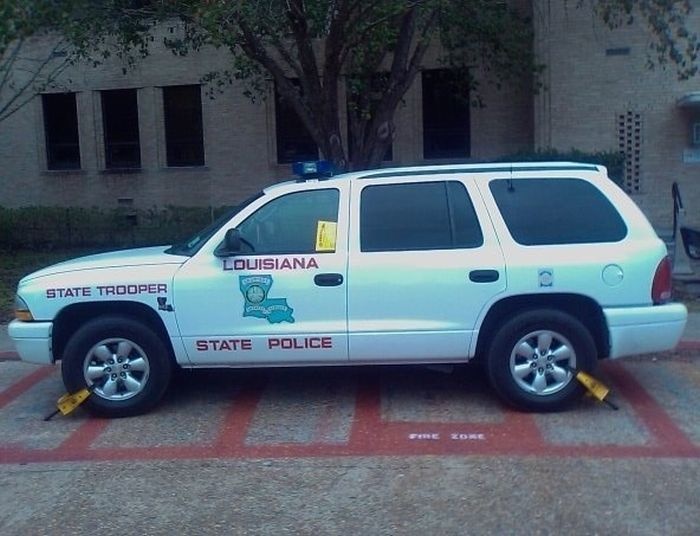 These state troopers have spent the day handing out fines to people and then they get one of their very own. Somehow, we can’t help but grin a little. 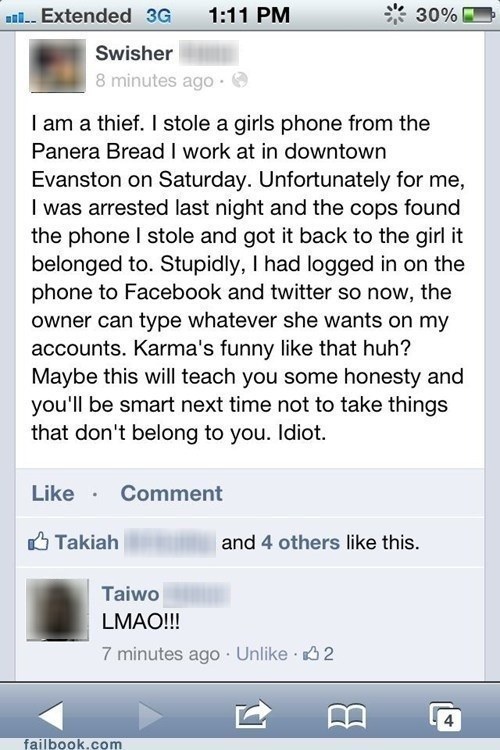 This person was so damn desperate to check their Facebook, that they ended up stealing someone’s phone. Hum, can you spell “social media addict?”. But when you leave it logged it to your account and it’s owner gets it back, then it’s time for some good old-fashioned revenge!