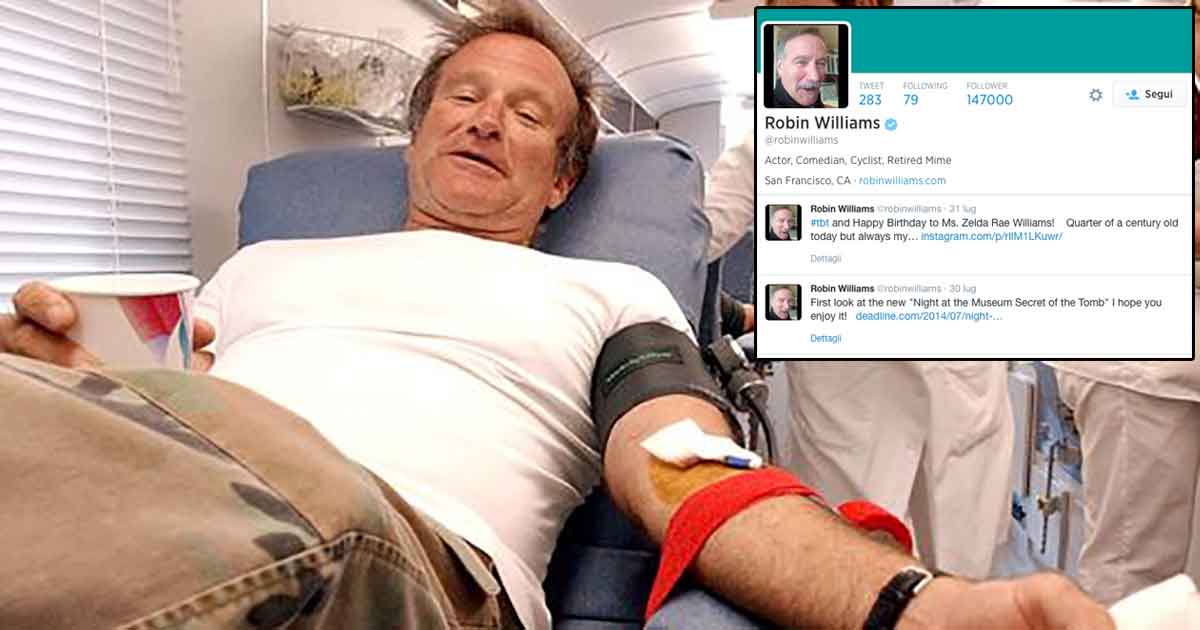 Celebrity deaths are, obviously, not a new phenomenon or anything. What is fairly new, comparatively, is social media and, specifically, how celebrities use it. More often than not, a famous person will use their Twitter account to promote their latest project or even a charitable cause they support. However, it’s not unheard of for celebs to use their account to speak directly to their fans and even reveal a bit of their personal lives. Because it’s online, it can serve as a permanent journal, giving the world a look at how their lives progress over the years.
Of course, once a celebrity passes away, the tweets – theoretically – stop (unless someone else is running the account for them). So, it’s interesting to take a look at some of the final tweets of famous people – and see just how cryptic some of them are. For some, it seems like they have a premonition of their future. Others are clearly a coincidence. Nevertheless, here’s 15 of them. #9 Will Freak You Out!

Roger Ebert was more than a beloved film critic. He was a pop culture icon. He began his career as a screenwriter, working with Russ Meyer on BEYOND THE VALLEY OF THE DOLLS and the ill-fated Sex Pistols film WHO KILLED BAMBI? He’s probably best known for his movie review show on television with fellow critic Gene Siskel, AT THE MOVIES (and later SISKEL & EBERT). In 2002, Ebert was diagnosed with thyroid cancer, the treatment of which caused him to lose his jaw. He passed away of the disease in 2013, but not before leaving behind a legacy of brilliant film analysis.

Mindy McCready had a promising future in the country music business ahead of her. Sadly, personal demons (including a supposed affair with legendary MLB pitcher Roger Clemens when she was 13) had gotten ahold of her and – despite recording some incredible music – she ended up taking her own life in 2012

A legendary comedian and accomplished actor, Robin Williams was also a huge fanatic for games and technology. – hell, he named his daughter, Zelda, after the NES adventure game. He took to social media quite easily and enjoyed both conversing with fans as well as sharing with them news of his upcoming movies.
Less cryptic than it is coincidental, Williams’ last tweet was promoting what would be his final live-action movie appearance – the unfortunately subtitled “Night at the Museum: Secret of the Tomb”, in which he played President Theodore Roosevelt. Williams died less than a month later.

Like James Dean before him, Paul Walker died participating in real life what made him famous on screen – driving fast cars. In 2013, the Fast and the Furious series stalwart died in a car accident while filming the seventh film in the series. After taking some time off to both mourn the actor and plan their next moves, filmmakers were able to rework the film (with the help of Walker’s brothers) and give both the actor and his character a dignified send-off.

An accomplished actress, Patty Duke may be best known for both her role on stage in The Miracle Worker in 1959 as well as her self-titled TV series in which she played two roles. Diagnosed with bipolar disorder, Duke was also a tireless advocate for overcoming the stigma of mental health issues around the world. And, she was the father of Sean Astin – who would go on to star in films like Rudy, Lord of the Rings and The Goonies. Oh, and Encino Man. Never forget Encino Man.
While this last tweet of hers was made two weeks before her death, it showed that she was in a pretty peaceful and relaxed place when she finally passed on.

While he was always resigned to the fact that he was always going to be remembered as Spock from Star Trek, that didn’t keep Leonard Nimoy from exploring his other passions. He wrote both books and songs – including a famous (infamous?) tune about Bilbo Baggins from The Hobbit. He was an avid photographer and also a film director. Aside from a couple of Star Trek films, Nimoy also directed the non-scifi comedy Three Men and a Baby. That’s a good movie, you should watch it.
Nimoy often used his Twitter account to share inspiration and creative thoughts with his fans, and his final tweet was no different. He would pass away days later after posting this at the age of 83, having enjoyed a life well lived.

Stories of hard living, addiction and messy relationships dominated the public narrative of Amy Winehouse’s life almost as much as they did the lyrics she wrote. A brilliant musician with an otherworldly soulful voice, Winehouse would sing songs about how she refused to go to rehab and that she was “no good” for anyone to be in a relationship with. Just a few days after posting this tweet, Winehouse was found dead of alcohol poisoning at age 27.

For our younger readers not versed in the history of Hollywood, Elizabeth Taylor was the Julia Roberts, Angelina Jolie and Jennifer Lawrence of her day – gorgeous beyond belief but also ridiculously talented. In her later years, things got a little weird – her multiple marriages and her friendship with Michael Jackson and the fact that she did that FLINSTONES movie – but she was still an icon. She clearly saw something in reality star Kim Kardashian, though, as this final tweet of her shows

The vocalist for the metal band Suicide Silence, Mitch Lucker was maybe even more well known for the ridiculous amount of tattoos covering his neck, arms and torso. In this Instagram photo taken on Halloween 2012, he can be seen looking like a cross between a zombie and a voodoo doll. That very next day, Lucker crashed his motorcycle following a drunken fight with his wife. He was 23.

Reeva Steenkamp was a gorgeous South African model with a wicked sense of humor. In fact, if she hadn’t been taken from us before her time, she could have been a huge international star. Unfortunately, she was also the girlfriend of Oscar Pistorius, the Olympic runner with no legs and, apparently, no regard for human life. Pistorius killed Steenkamp, robbing the rest of the world of both her beauty and her humor.

This one hits me a little hard as Greg Giraldo was a personal hero of mine. But, even I can’t deny that he had a lot going on in his life and he attempted to medicate it himself, which lead to his death. Sadly – and ironically – his final tweet had him at the “Stress Factory”. Perhaps if he had spend the weekend at the “Chill Out Factory”, he may still be with us today.

An all too familiar tale, Harris Wittels was a talented performer and writer who succumbed to the temptation of heroin. A performer on NBC’s Parks & Recreation, Wittels was also a prolific writer. His work featured on shows like Eastbound and Down and The Sarah Silverman Program. Unfortunately, despite multiple trips to rehab, Wittels was found dead in his home – a day after posting this tweet – of a heroin overdose.

Breaking into the public consciousness with his Oscar nominated role in THE GREEN MILE, Michael Clarke Duncan’s death caught everybody by surprise. A big man who could play both intimidating and sympathetic, at 54 years old, Duncan seemed to have decades of great work ahead of him. Ironically, as his final tweet celebrated the victory of one of his favorite MMA stars, it was his last expression on social media before be passed.

A regular on “Glee”, Monteith was talented but also haunted by his own personal demons. Battling substance abuse since the age of 13, Monteith was in rehab at 19, trying desperately to kick his addictions. Sadly, he wasn’t able to overcome and died in 2013 not from being caught in the midst of a Sharknado but of a combination of alcohol and heroin.

Billy Mays rose to prominence as the wildly enthusiastic pitchman for OxyClean cleaning detergent. Instead of being a celebrity endorsing a product, he was the rare example of someone becoming a celebrity for endorsing a product. So much show that he was the subject of the Discovery Channel reality series “PitchMen” shortly before his 2009 death.
Shortly after Mays posted this tweet, Mays experienced heart failure and died shortly thereafter. The following autopsy revealed his heart condition could have been brought on by extensive cocaine use, but nothing was conclusively proven. Still, to this day, product spokesmen of all varieties try to show the same passion and enthusiasm this unlikely pop culture figure showed in his work.